A Tale of Two Entrepreneurs: Which One Are You?

Home A Tale of Two Entrepreneurs: Which One Are You? 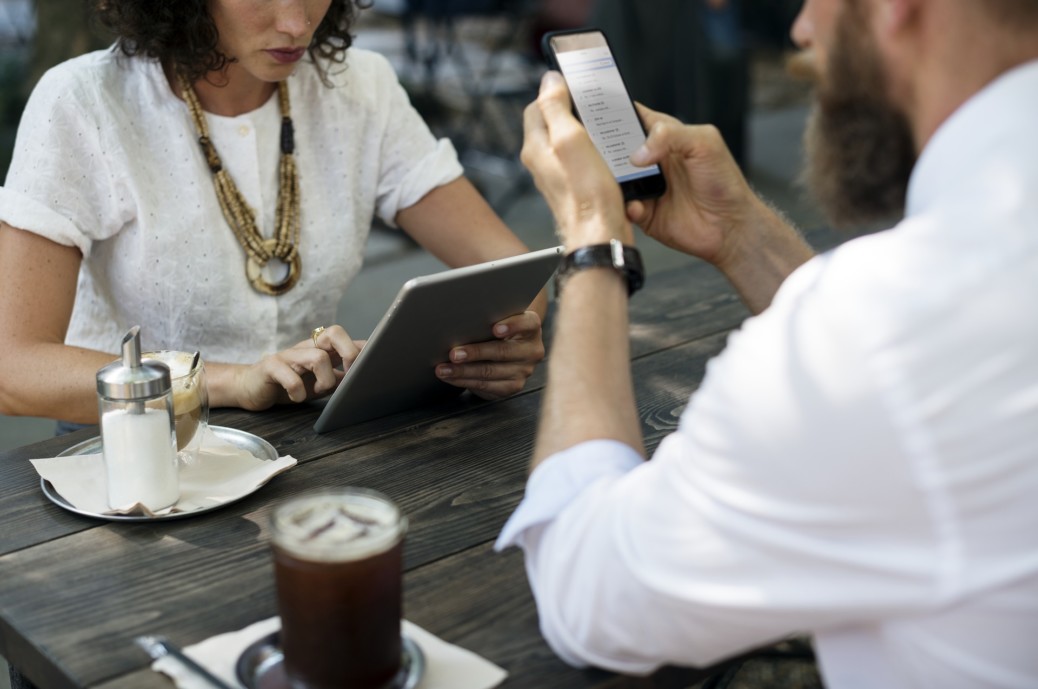 Jennifer stands proudly with her management team at the New York Stock Exchange. Today’s the big day that she — and every entrepreneur — lives for. As the clock strikes 9:30 a.m., she rings the opening bell. Let the trading begin! She started her company just 6 years ago out of her parents’ garage, but today her initial public offering is complete. Shares of her business are available for purchase by the public, and by all media accounts, she’s made it big.

But consider her brother Joe, who’s back home in Los Angeles. Quite like his sister, he’s also an entrepreneur. Ten years ago he founded a construction company that generates over $10 million in revenue per year.

They’re both entrepreneurs operating big businesses, but they’ve taken very different paths to get to where they are. In this article, I’ll take you through their journeys to highlight two different types of entrepreneurship.

Jennifer faced the glaring challenge nearly every founder faces in the beginning: she had no money. She turned to investors and sold 25 percent of her company to family and friends. This generated $250,000 in capital to get the business off the ground.

She built a small team, moved from the garage to a small office, and started growing quickly. She went through all the wild ups and downs that entrepreneurs expect, but by her second year, the company was generating significant revenue. But the business wasn’t profitable yet, and it needed more money to stay in business.

This model for raising capital is common in Silicon Valley and other startup hubs around the world. The theory suggests that companies should focus on growth at all costs, even if it means losing money. This way, they capture market share before their competitors do. They need to raise money to do this, so that’s exactly what Jennifer did.

This cycle of funding continues as the company makes its way through series A, B, C and D rounds. When Jennifer raises more money, she owns less of the business, but its overall value increases.

Because of their growth, Jennifer is widely covered in the media. Flattering headlines compare her to Elon Musk or Steve Jobs. Over time, she and her company come to represent the popular idea of “making it” in the world of entrepreneurship.

The company eventually reaches the point where our story first began — the IPO (or Initial Public Offering). Even though Jennifer founded the company, she doesn’t actually own that much of it anymore. After financing rounds between multiple investors, Jennifer owns just 5 percent of the business at IPO time.

Regardless of who owns what, there’s no denying that Jennifer is a successful entrepreneur who is deserving of recognition. Her business story is an uncommon one: few startups see Apple-level success, so the hard work and funding rounds are proof that Jennifer has a solid business plan.

Now, let’s look at her brother.

Related: How This Entrepreneur Created the Ultimate Job Search Site

Joe never really planned to own a business. It happened as a natural progression from his career in construction. After several years on the job, he asked himself, “Why can’t I do this on my own?”

Using his savings to cover startup costs, Joe began operating his own construction company. He didn’t need help from external investors because he was profitable from day one. He began to acquire more customers over time, and he hired more staff to manage the growing workload.

Ten years later (and still lacking outside investors) Joe’s business generates over $10,000,000 in revenue per year. Quite unlike Jennifer’s business, Joe’s generates a nice annual profit of 20 percent.

Joe never took on investors, so he still owns 100 percent of his business — that 20 percent profit is his and his alone. But despite steady growth and annual profits, TechCrunch isn’t writing articles about him and few people outside of his customer base even know who he is.

But this isn’t important to Joe. He didn’t set out to become an entrepreneur, let alone a famous one. He started a business out of a passion, and that’s exactly what he’s done. Without ever being known in the mainstream media, Joe’s made it as an entrepreneur and he wouldn’t have it any other way.

So who’s the better entrepreneur?

They are both great entrepreneurs who took different paths and made different decisions along the way. Both Jennifer and Joe have built successful, high-dollar businesses.

The difference is that the media glamorizes the high-flying startup entrepreneurs like Jennifer, depicting them as the face of successful entrepreneurship. Yet business owners like Joe are quietly killing it across the world. They’re running successful businesses that they own entirely. They generate a healthy personal profit for themselves each year. These people might not be household names, but they don’t want to be.

Each class of entrepreneur is important to society because they both create value, create jobs and stimulate the economy. If the business world consisted entirely of Joes or entirely of Jennifers, there would be no balance.

important that we understand, celebrate and encourage

entrepreneurship in all its forms.

An audacious TechCrunch headline should not be the marker of success. Different entrepreneurs measure success differently, but there’s an easy metric to hold all of them to: How much value will you create for the world?

Let’s continue to celebrate the Jennifers and Joes of the world, as both styles of entrepreneurship continue to add massive value to the startup ecosystem.