Social media marketing is something that nearly every business, startup, or entrepreneur feels like they must be doing in order to be successful in the online landscape. While Facebook, Twitter and Instagram are the frontrunners, there are other networks that can provide you with a massive ROI for your time invested. Like LinkedIn.

It’s nowhere near as saturated as the likes of Instagram, but LinkedIn allows you to share photos and videos, publish blog posts and upload images with more dimension allowance than Instagram provides.

The following entrepreneurs are taking advantage of the platform, and with great results. Here’s how you can do the same for your own personal brand.

Eleanor shares anything and everything on LinkedIn, particularly in her “Wordsmith Wednesday” posts, from soldiers in the 1920s to Aristotle to missing her father after his death. 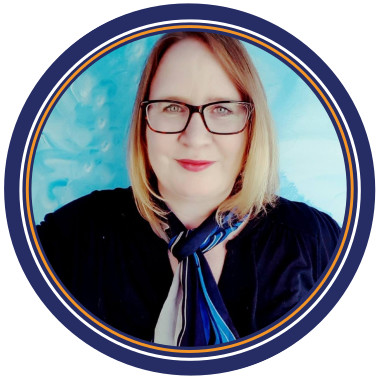 It might seem like it has nothing to do with growing her copywriting business, but it does great things for her brand. Eleanor posts a “Wordsmith Wednesday” post to her LinkedIn feed every week, and often posts other spur-of-the-moment bits of inspiration, as well as interacting with others’ posts. Because of her frequent activity, she said she gets roughly half of her leads for her business services and coaching clients from the platform.

Anna Sabino, creator of the #AnnaTalks series on LinkedIn, posts a one-minute video with subtitles to her LinkedIn feed every day. And as of writing, she hasn’t missed a single day over the course of a year. 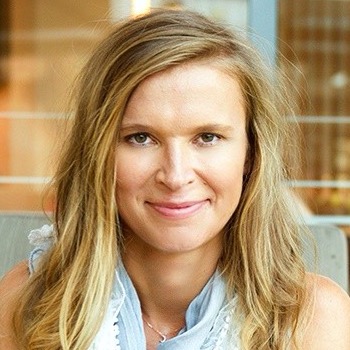 Many times, she talks about what’s going on in her world as an entrepreneur and business building and branding coach. Other times, she promotes whatever service or course she’s launching. She shows the real day-to-day life of a business owner and entrepreneur, and invites others to join the conversation with her.

“I feel we can make deeper and more meaningful connections on LinkedIn,” Sabino said. “There are more people who search for professional opportunities on LinkedIn than any other platform.”

And she’s right. When it comes to social media, not everything has to be for the ‘gram in order to be successful.

It’s a common rule in marketing, but one that many entrepreneurs forget when they’re actively marketing on social media: Give before you take. It’s incredibly important to add value before you ask for value (money) in return. Although it sounds insanely simple, it’s exactly what digital strategist, Ross Simmonds, does with great success.

“I’d say we generate five to six great leads in a month when we’re active via LinkedIn directly, and one to two when we’re mediocre,” he said.

To provide some perspective: service agencies like the one Ross runs don’t typically require loads of clients just to keep themselves afloat, as they rely on return customers. Simply being active on LinkedIn anywhere from triples to quintuples the number of leads his agency gets in a year. Pretty impressive, no?

Related: How to Use Snapchat to Boost Your Sales

The 4 keys to business growth on LinkedIn

Let’s say you’re sold on the idea of helping your B2B startup grow and get more leads on LinkedIn. How do you go about it? And what do you need to make sure you do so you don’t fail at it?

No matter what kind of content you’re creating, be it videos, written posts, or just showing up in the comments of posts in your feed, do so with consistency.

“We do become a part of our audience’s routine,” Anna said. “Being sporadic doesn’t strengthen the brand.”

“It takes a while to get your voice heard on LinkedIn,” Eleanor said. “There is a knack to it, a sweet spot if you like, and like anything, if you don’t use it, you lose it.”

Sure, everyone is looking for quick “hacks” that will drive them to the top of their niche by putting in the least amount of work possible.

However, if you’ve been an entrepreneur for any significant amount of time, you know that those “hacks” don’t really exist the way we want them to. You can do things to boost yourself to the top, yes. And you can do them in a relatively short period of time. But you have to be willing to take the time required to do those things well, put in the work and do them properly.

And creating good content for LinkedIn is no different.

It’s just like creating content for any other platform: if it isn’t any good, no one’s going to pay attention to it, and you’re wasting your time.

Ross’s recent piece on B2B brands unbundling Excel took him two weeks to produce, and a five-minute video took him an entire day. But if it lets him triple his leads from the platform, he says it’s worth it.

And while Eleanor bundles her Wordsmith Wednesday posts, it still takes her a couple of hours or more to write one months’ worth of content, because they require so much research.

No one likes a sleazy salesman, and all three of these LinkedIn experts chimed in on this completely unprompted.

“Don’t be that person who only ever talks about themselves and what they have to offer. It’s cringeworthy and a real turn off,” Eleanor said.

“Don’t go in with a cold pitch immediately after (making a connection). Deliver some value,” Ross said. He even made a video about this very topic.

LinkedIn is a gold mine, as long as you don’t act like a gold digger

All three of these entrepreneurs have experienced massive returns from their marketing efforts on LinkedIn.

It’s a platform that serves the B2B niche really well, and compared to other social networks, it’s still fairly unsaturated when you compare the amount of content produced and consumed per platform.

However, it’s important to foster relationships with those who interact with you on the platform, rather than pushing for an immediate client lead. You don’t want to scare off potential future customers before they have the chance to warm up to you.