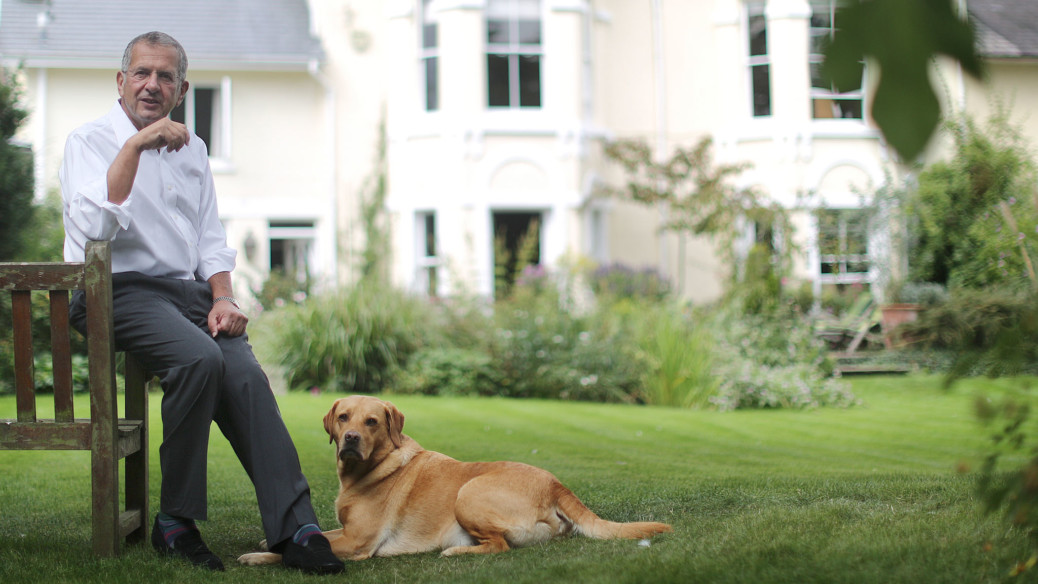 Today’s tweet-obsessed business leaders are playing with fire. Case in point: Gerald Ratner, the CEO of the UK’s biggest jewelry chain who, in 1991, sealed his own fate with an ill-timed joke.

When Gerald Ratner took the stage before 6k high-powered business people, journalists, and dignitaries at London’s Royal Albert Hall in April 1991, he had no idea his speech would be a professional death sentence.

His incredible success had led him to this moment. He’d inherited a struggling chain of jewelry stores and turned it into a £1B enterprise in less than a decade. He’d flipped an elitist industry on its head by making earrings and rings for the working class. And in the process, he’d built his company, Ratners Group, into the UK’s biggest, and most recognizable, jewelry chain.

But in a matter of seconds on that fateful night in April, a few jokes would destroy it all.

Gerald Ratner was born in London and joined his father’s small, fledgling jewelry business in 1965, at the age of 15, after being expelled from grammar school for “being too stupid.” He spent his youth cleaning up the shop, running errands, and getting to know the “grass roots of the business.” A Ratners jewelry store in 1991, complete with garish advertisements (via Getty Images)

In his youth, Ratner had learned a valuable lesson by observing London’s street shops: the vendors who “yelled the loudest and had the most garish, eye-catching displays” landed the most sales. He decided to employ the same strategy at Ratners.

Related: The American Dream: From Rags to Riches, the Story of Chris Gardner

Within months, all Ratners locations were plastered with vibrant orange and red posters with all-caps pitches like “LAST CHANCE — MEGA RED STAR SALE!” and “SALE SALE SALE: HALF PRICE!” Everything in the window was clearly marked with a price tag. The Ratners Group consisted of Ratners, H. Samuel, Ernest Jones, Leslie Davis, Watches of Switzerland and over 1000 shops in the US including Kays.

Prior to the 1980s, jewelry had largely been elitist. The average item cost over £300 (about US$950 in today’s dollars) and jewelers thrived on an aura of exclusivity and prestige.

Ratner made a decision to market his chain toward a wider working class demographic, offering earrings, bracelets, and rings for an average price of just £20, and as low as £1. “I put the earrings and chains in the front of the window and diamond rings at the back, and played pop music,” he later told the Financial Times.

This approach came at a cost: other jewelers and the press constantly berated Ratners for selling “cheap” and “tacky” products. Top: Ratner surveying his goods; Bottom: Ratner proudly displaying his wares shortly after he took over as CEO of Ratners Group (via The Telegraph)

In quick order, Ratners became a household name and the great democratizer of a previously stuffy industry.

“I just felt I could not fail,” said Ratner. Until, of course, he did.

In 1991, Ratner’s success earned him an invitation to speak at the prestigious Institute of Directors annual convention. Leading up to his speech, Ratner passed a draft by a public speaking consultant, and was given some advice: “I think you should put in a couple of jokes,” the man told him. “People like your jokes.” Unfortunately, Ratner took it to an extreme.

On the night of April 23, 1991, Ratner began his speech (in full here) innocently enough, harping on the event’s thematic values of quality, choice, and prosperity. Then, about 3 minutes in, he dropped several brutally honest jokes.

“Ratners doesn’t represent prosperity — and come to think of it, it has very little to do with quality as well,” he began.

“We do cut-glass sherry decanters complete with six glasses on a silver-plated tray that your butler can serve you drinks on, all for £4.95. People say, ‘How can you sell this for such a low price?’ I say, because it’s total crap.”

Then, several minutes later, just for good measure: “We even sell a pair of gold earrings for under £1,” he said. “Some people say, ‘That’s cheaper than a prawn sandwich!’…I have to say, the sandwich will probably last longer than the earrings.” The next morning, Ratner awoke to terrifying news: his comments had made national headlines to the effect of: “JEWELRY CEO CALLS HIS OWN PRODUCTS ‘CRAP.’” The Sunday Times dubbed him “Gerald Crapner” — a nickname that caught on with disgruntled ex-customers.

Initially, Ratner tried to play it off by featuring special in-store promotions that put a “humorous twist” on his remarks — but within a few weeks, it was clear that what he’d said had taken an irreparable toll on his business.

One-time enthusiastic customers boycotted the brand and Ratners, which was quickly losing sales volume, was forced to close down hundreds of stores and lay off a hefty percentage of its 25k-person workforce.

The company claimed there had been a “shift in consumer spending habits,” and that the ongoing recession had finally caught up to its bottom line. But stock charts show the company suffered clear consequences from Ratner’s speech. In November of 1992, Ratner was let go as CEO of Ratners Group. The day he left, he sold his shares for “pittance” to pay off the £1B (US$1.3B) he owed the bank, and walked away with nothing.

In an age where tweet-happy CEOs are empowered with large digital audiences they can instantly broadcast to, Ratner’s story is a worthy parable.

Today, the phrase “Doing a Ratner” is British parlance for any time someone says something stupid that undermines his or her own product or customers — something that tends to play out more often than it should.

A Harvard Business School study that analyzed instances of CEO misbehavior between 200 and 2015 found that the average comment (or action) resulted in 250 negative news stories (some of which were cited up to 5 years later), and a 3.1% decline in company stock price.

Related: Steve Jobs Incredible Journey and How he turn Failures into Success

Though not true “Doing a Ratner” situations, we’ve also seen a number of business leaders say incredibly stupid things in a very public way, with very real financial consequences: twice this year, Tesla stock has fallen 4-5% after Elon Musk spoke — once in April, when he joked about going “bankrupt,” and again in July, when he called a Thai cave rescuer a “pedo guy.” Elon Musk (right) has drawn comparisons to Gerald Ratner in recent years, in part for his constant barrage of controversial tweets that impact Tesla’s stock (via Daily Express, SpaceX)

After losing everything, he toiled in misery for years — but he eventually made an improbable comeback. In 1997, he took out a £155k (US$203k) loan on his house, built up a health club business, and sold it for £3.9m (US$5.1m). He then used the profits to start an online jewelry company. (The Ratners Group rebranded as Signet in 1993; today, it is the largest diamond retailer in the world.)

But Ratner is unlikely to ever live down his ill-timed remarks nearly 3 decades ago.

‘It doesn’t seem to matter that in the ‘80s I was Britain’s largest jeweler, with over 50% of the UK market,” he told This Is Money. “My obituary will be all about being a disaster.”