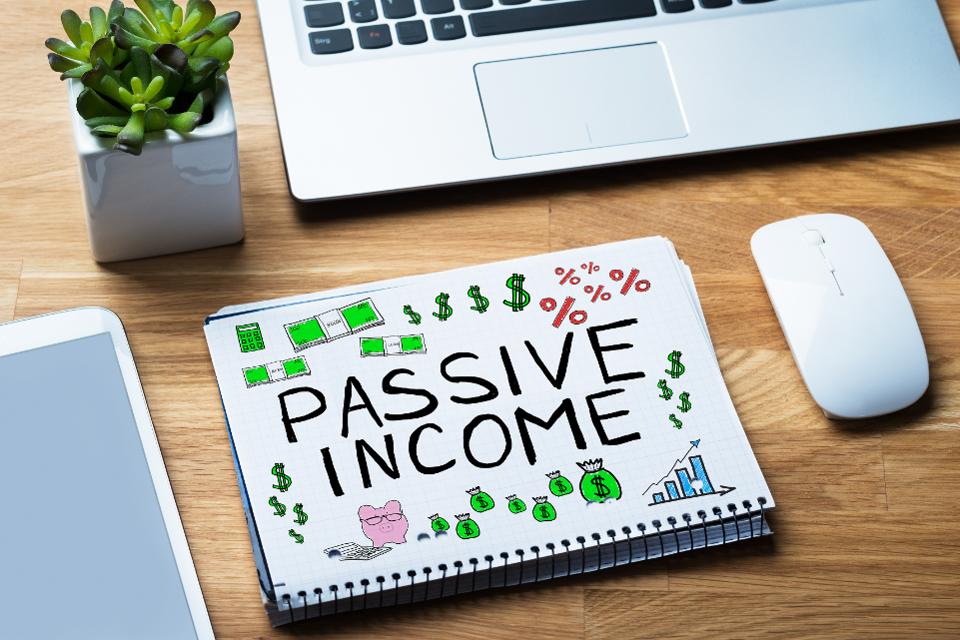 The essence of earning a living for most people is trading time for money.

But if you’re an entrepreneur, you’ve probably already figured out that strategy will soon have you bumping your head against an income ceiling. After all, you only have so many hours in your life, that limits how much you can earn.

The way to break through that ceiling is to develop strategies to earn passive income. Corporate sales executive-turned-CEO Nicole Walters learned that secret firsthand, and is now teaching it to others as a business consultant.

In fact, it was her experience gained in the corporate world that she began bringing to small businesses. By helping them to implement proven business strategies used by large companies, she’s been able to help entrepreneurs dramatically increase their revenue.

Nicole Walters is the CEO and founder of NapNic, LLC, specializing in business development training and strategic coaching for both emerging entrepreneurs and established businesses.

Before launching her consulting business, Nicole spent more than 10 years working as a sales executive at several Fortune 500 companies. Earning six figures and having all the trappings of conventional success, she increasingly found the prospect of economic freedom to be a powerful personal motivator.

Yet the transition into entrepreneurship wasn’t entirely intentional.

While on vacation in Jamaica she bought several bathing suits. Nicole was so impressed with them that she decided to market them through affiliate sales – all while she was still on vacation.

She took a few photos right on the beach, then posted them on Facebook and other social media outlets. From that spur-of-the-moment idea, she earned $800 in revenue, partially paying for her vacation.

The revelation hit that Walters could make money while she was sleeping!

That concept got the creative juices flowing. The next venture was creating a paid membership group from participants drawn from a free Facebook group.

The dilemma, Nicole reasoned, was getting people to sign up for a premium service that they were used to getting for free.

The challenge was solved by building her program into a more robust service, one that both served customer needs but would also be profitable for her.

The strategy worked, and people began signing up for the paid membership. So much so in fact that it led to an income of $25,000 per month. The key, she realized, was to be able to scale a venture to serve a large number of people.

It was a life-changing moment – so much so that she quit her job in front of 10,000 people.

Married, and a mom to three kids, she took her personal skills and built them into a million-dollar business in just one year. She now devotes her entire professional life to teaching others how to monetize their own lives.

The 4 Ways to Earn Passive Income by Working Smarter

Nicole Walters’ core service – and the one that launched her into business full-time – is $1K1Day. It’s a hands-on course for entrepreneurs, showing them not just what to do, but how to do it on a step-by-step basis. In it, she breaks down complex corporate business strategies so they can be used by small business owners and would-be entrepreneurs.

The basic program can be broken down into four steps:

There are probably services you’re offering right now that you’re giving away for free. Walters advises organizing your process, setting up a dedicated website, and having a price tag.

Think about the skills you have and the services you’re already providing, then think of ways to monetize them. That could include skills you perform on your job. You might be able to monetize those by offering them as paid services to outside clients and customers.

But you should also do a careful review of your own hobbies, passions, interests, and non-business activities. Those can include babysitting, tutoring, styling, and holiday gift making. You may be able to either offer it as a direct service, or turn it into an online course that you can market for a price.

You don’t have to hit a home run on the first try either. Instead, focus simply on adding income streams. That can be as simple as taking on a couple of consulting clients and building from there.

“You’re already putting effort into your job,” Walters advises. “If you can instead put that effort into yourself – by tapping into your God-given talents – you’ll have more to offer to others, and a better opportunity to maximize your income.”

“Your favorite companies, from Amazon to Walmart, pay commissions of anywhere from 5% to 50% of each sale you send their way,” says Walters. “Since links live on forever, you can keep getting paid – passively – just from a good word you gave out!”

Do a Google search to see if any companies you feel good about recommending, and that offer a referral program. You’ll be surprised how many do. Companies will provide you with an affiliate link that will give you credit for any sales to the customer who comes to them using your assigned link.

“Most marketers and salespeople know—at least implicitly—that referrals are highly effective,” notes Forbes contributor, Steli Efti. “They may not know that referrals drive some of the highest conversion rates among all marketing channels, but they know that getting them is important.”

This is a surprising admission from a woman who has built a business based on the concept of creating passive income sources. But Nicole Walters learned an important plot twist – passive income is not necessarily passive, especially at the beginning.

“Before a venture becomes passive, you first have to get it rolling, and then build it up,” Walters confesses. “Only after that’s done does the income source become truly passive. But it takes effort before you reach that stage.”

The real secret behind passive income is to work smarter to achieve longer returns on your initial effort.

As an example, she recommends setting up mini-information product trainings and make them available for sale online. She advises pricing them low, anywhere from $1 to $10. Do it with a skill you know and can share with others, like how to bake your award-winning chocolate cake, coupled with an ingredient list. Then list the package with a clickable graphic on Pinterest. She claims the social media traffic can translate into a major source of passive income.

But naturally you’ll need to put in the effort upfront to generate that income. In that way, Nicole’s truth moment about passive income is right on the money. Passive income is never passive in the formation phase. Passive only begins to kick in post-launch. And even then, you may need to tweak both your product and your marketing strategy along the way.

“The key to earning a passive income is turning your expertise into something you can sell: e-books, training courses, videos, etc.,” recommends Forbes contributor Gail Gardner. “First you have to acquire the knowledge, then actively make the products, and finally reap repeated income from sales that come in while you’re sleeping and any other time.”

It’s a sobering realization for anyone who holds the understandable misconception that passive income is about earning money for doing absolutely nothing. And it’s that kind of honesty that has won Nicole Walters so many customers, clients, and fans.

If there’s a “secret sauce” to passive income success, this is it. Big companies can spend fortunes on nationwide and global marketing campaigns because they have the deep pockets to do it. But as a small business owner, ingenuity and innovation have to replace cash. That’s not a theory either, because tens of thousands of business owners are doing just that as you read this article.

One of the strategies Walters recommends is affiliate marketing. In Step #2 she advocates this strategy as a way to make money selling other companies’ products and services. But you can do the same thing to sell your own wares.

“If you already have a business with a stellar product, consider setting up a referral reward for your best, signature customers,” Nicole recommends. “Offer bonus products, 15-minute add-on sessions, or 2-for-1 specials to your top referral makers. Maximize your passive payout by adding in challenges and competitions with bonus prizes for the biggest providers of new clients during the holiday season!”

Related: Start Taking Your Side Hustle Seriously. Here’s How

As word begins to spread about your product or service, sales will begin to multiply. After all, no marketing method is cheaper or more effective than word-of-mouth.

And when it comes to keeping your marketing costs low, you can’t beat affiliate marketing. That’s because you don’t have to sink money into an expensive advertising campaign. You’ll only pay a referral fee on an actual sale. And since you wouldn’t have the sale without the referral, it’s like found money.

Affiliate marketing also fits perfectly within the passive income concept. That’s because you’re not actually doing anything to generate the sales. You’re offering what is effectively a commission to have others do the selling for you.

In addition to the four steps listed above, Nicole Walters reveals other useful information for small business owners based on her own experience.

Nicole reveals that her own inspiration came from author, entrepreneur, and marketing genius Seth Godin. He became her mentor, and eventually a friend. You can both increase your success and reduce the time it takes to get there by finding mentors of your own. You’ll not only need them help you get started, but also to continue on your journey.

Watch out for imposter syndrome!

Nicole considers this to be her own biggest personal obstacle. Imposter syndrome is the inability to internalize your own successes, leading to an unrealistic belief of failure. Walters struggled with believing the work she was doing would never payout. Then there was also the challenge of carrying on a business without the support of the team offered by a large organization. You have to take risks to make things happen. But as she learned, fear never goes away entirely.

“You have to focus on the now and stay in the present,” she cautions. “You have to slay the moment that’s in front of you.”

Walters advises against spending too much time wrapping yourself up in the details of your plan or venture. If you do, you risk failing to master the big picture. As well, business is a dynamic process, and the details change constantly.

“Don’t waste a bunch of time wondering if your idea is going to work,” she warns. “It’s not going to be perfect, and it may not work the first time. Instead, think long-term. As the saying goes, ‘it’s a marathon, not a sprint’. Hold yourself to a standard of grace, and not perfection.”

If there’s one quality that sets Nicole Walters apart from most business coaches and success gurus, it’s her focus on the human side of the success journey. She shares what works and what doesn’t, and explains the misconceptions (like passive income).

It’s only when you approach business success from a position of reality – not hype – that you can ever reach your goal.

Walters isn’t waving a magic wand and promising to deliver you riches. But she does show, in practical steps, how you can supercharge your income just by implementing strategies for working smarter.