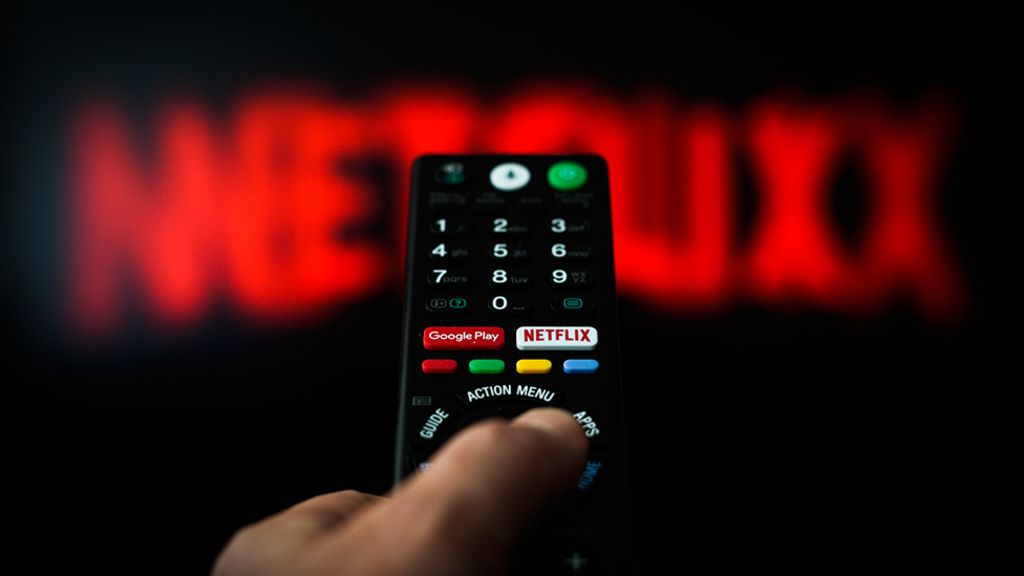 Reed Hastings found an old VHS rental copy of “Apollo 13” he had forgotten to return to Blockbuster. He brought it back to the store and was charged a $40 late fee. Reed asked himself, “What if there were no late fees?” And boom! Just like that—Netflix was born.

“The story is beautiful. It’s useful. It is, as we say in marketing, emotionally true. But it’s not the whole story,” writes Netflix co-founder, Marc Randolph, in his new book, That Will Never Work.

I recently visited Randolph in Santa Cruz, California, the town where the Netflix origin story first took shape. We spoke at length about the stories entrepreneurs tell and why—even though founding myths don’t represent the whole story—they’re critical to share.

Although epiphanies are rare and the life of a startup is complicated, we crave stories of lightbulb moments. “We want our Isaac Newtons to be sitting under the apple tree when the apple falls…but the truth is usually more complicated than that,” says Randolph.

“The best ideas rarely come on a mountaintop in a flash of lightning, but it shows you how useful narrative can be,” according to Randolph. “Is it [the Netflix story] a lie? No—it’s a story. And it’s a fantastic one.”

For example, the Netflix origin story doesn’t include the many ideas that Randolph pitched to his co-worker, Reed Hastings, on carpool rides from their homes in Santa Cruz to their day jobs in Silicon Valley.

But that’s the long version, not the origin story people want to hear.

“When you’re talking to the press, an investor, or a business partner, people really don’t want to hear it. They want a version that’s neat and clean with a bow on it,” says Randolph. “Reed recognized that almost immediately and came up with a story. It’s a great one: simple, clear, and memorable. That story captures the essence of what Netflix is about. That story gave us a narrative.”

Randolph says successful entrepreneurs have an essential skill—the ability to craft stories that make people feel connected to the company’s mission; to “align their compass” in the same direction. Learning to write and speak well—and to share compelling stories—is a “bottomless skill” that all entrepreneurs and business leaders should strive to build, according to Randolph.

Netflix wasn’t a sure thing. After a few years of working day and night on their startup, Randolph and Hastings were still struggling. The dot-com crash of 2000 didn’t help, taking the luster off of money-losing Silicon Valley startups. It set the scene for another great story.

In September of 2000, Netflix was on track to do $5 million in revenue while Blockbuster was making $6 billion a year from its 9,000 stores. Blockbuster was literally Goliath to Netflix’s David. And we know what happened to Goliath.

Randolph and Hastings traveled to Blockbuster’s Dallas headquarters to propose a deal. If Blockbuster were to buy Netflix for $50 million, Netflix would run the online part of the combined business. As Hastings was delivering the presentation, Randolph noticed Blockbuster’s CEO struggling to contain his laughter. Hastings and Randolph would have to figure out another way to survive.

Fast-forward the story to today and Netflix is worth $150 billion. This week, it garnered a jaw-dropping 34 Golden Globe nominations for its original content.

“It tells someone in a startup that anything’s possible. Even a company that is deeply in debt, at the very end of the dot-com bubble collapse, with no experience in video, can eventually prevail over the $6 billion category leader,” says Randolph.

“For people who work in a large company, there’s a very different message. It says that your size and your dominance is not forever—that you’re vulnerable and, even worse, you never know where that vulnerability is going to come from. If you’re not willing to disrupt yourself, you’re leaving it open for someone else to disrupt your business.”

David and Goliath is a story that has resonated across time because we need to hear it again and again. Randolph uses the Blockbuster story to drive home key messages that entrepreneurs and business leaders need to hear.

The bottom line is that there’s a need for short stories and long ones. Yes, a great origin story leaves out a lot of missing elements, but entrepreneurs should tell it anyway. Save the longer version for the book you’ll write when you make it big.